True learning induces in the mind service to humanity.

Open to All Regardless of Ethnicity, Religion, or Status in Canada.

Wanjara Nomad Collections has compiled an extensive collection of historical artifacts to preserve and share the history of Sikhs. This includes exploring how Sikhs perceive their past, present, and future.

As part of its efforts, Wanjara Nomad Collections is offering five scholarships worth $1,300 each to support post-secondary education for grade 12 students in British Columbia who will be attending a post-secondary institution in September 2023. These scholarships are open to all students, regardless of ethnicity, religion, or citizenship status.

Our goal is to inspire and empower students to pursue their dreams, make a positive impact on their communities and the world, and contribute to the legacy of Canada. We believe that education is the key to progress, and that young people have the power to shape the future. We are proud to offer these scholarships as a way to support and encourage the next generation of leaders. Bhai Mewa Singh immigrated to Canada in 1906, during a time when racism towards immigrants, particularly those from South Asia, was widespread. He faced discrimination and struggled to find housing and necessities. He witnessed the government enacting laws and policies against immigrants, including the Race Riots of 1907 and the Continuous Passage law. The turning point in his life came when a government informant, Bela, killed two Sikh men in a Gurdwara and threatened Bhai Mewa Singh if he did not testify in court on Bela's behalf. Despite these threats, Bhai Mewa Singh spoke the truth in court and was later targeted by Inspector William C. Hopkinson. In response, Bhai Mewa Singh killed Inspector Hopkinson. He was subsequently sentenced to death by hanging and executed on January 11, 1915, in the presence of 400 Sikhs. His execution is remembered as a symbol of resistance against oppression, and Bhai Mewa Singh is honoured as a martyr. The city of New Westminster has designated January 11 as Bhai Mewa Singh Day. Bibi Sharan Kaur was a devout Sikh woman who demonstrated immense courage and devotion to her faith during great turmoil. In 1705, as Mughal soldiers ravaged the land in search of Guru Gobind Singh ji, Bibi Sharan Kaur found herself in charge of cremating the bodies of two of the Guru's sons, Sahibzada Baba Ajit Singh ji and Sahibzada Baba Jujhar Singh ji, along with the bodies of thirty-two other Khalsa warriors who had fallen in the Battle of Chamkaur. Despite the consequences, Bibi Sharan Kaur did not hesitate to fulfill this sacred duty, even as the Mughal soldiers sought to desecrate the bodies of the martyrs and terrorize the native population.

Bibi Sharan Kaur's was slain by the Mughal soldiers while performing the cremation. Others believe that she was driven to this self-immolation by the realization that her husband, Bhai Pritam Singh, had also fallen in the battle. Bibi Sharan Kaur remains an enduring symbol of the strength and sacrifice of the Sikh people, and her memory is honoured in the village of Raipur Rani through the presence of several funerary shrines and a Gurudwara built in her honour in 1945. General Subegh Singh was a decorated officer in the Indian Army who served with distinction during several major conflicts, including World War II, the Indo-Pakistani War of 1971, and the Bangladesh Liberation War. He was highly regarded for his military acumen and was promoted to the rank of Major General.

When tensions between the government and the Sikhs reached a boiling point and an attack on the Golden Temple complex in Amritsar seemed imminent, General Subegh Singh volunteered to serve as an advisor and trainer for the resistance forces.

He played a crucial role in organizing the complex's defenses and was martyred during the subsequent conflict known as Battle of Amritsar in 1984. Private Lashman Singh was a Sikh Soldier, born on January 15, 1885. He served with the Canadian Expeditionary Force and died on October 24, 1918. He was buried in the Arras Road Cemetery in Pas de Calais, France.

Bhai Lashman Singh's life embodies soldiers' selfless devotion and commitment to Duty and Discipline. He is one of many forgotten fallen heroes whose sacrifice allows us to be where we are today.

O Canada, we stand on guard for thee... Professor Harinder Singh Mehboob is a highly esteemed figure in the Sikh community, renowned for his religious lyrical innocence, unwavering devotion to the Sikh heritage and its institutions, and his encyclopedic knowledge of world literature. He is also highly respected for his intellectual integrity, humility, and simplicity.

Prof. Mehboob's work spans many fields, including aesthetics, history, philosophy, poetry, folk culture, metaphysics, and contemporary diction, making him a multifaceted and profoundly erudite scholar. His decision to write primarily in his mother tongue, Panjabi, highlights his commitment to preserving and promoting his cultural heritage.

As an activist, Prof. Mehboob has made significant contributions to the Sikh community, particularly in the aftermath of the 1984 genocidal killings of Sikhs in India. Many contemporary Panjabi poets have sought his guidance and approval before publishing their work, attesting to his influence and expertise in the field of literature.

This award is given annually to students dedicated to their commitment to gaining knowledge. Entrants must submit their written work utilizing the theme of knowledge and dedication.

Scholarships are Generously Sponsored by: 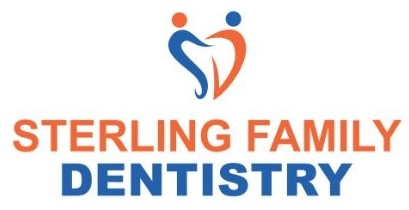